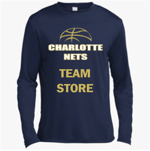 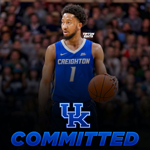 Davion Mintz, former Chatlotte Net and former Creighton stand out has decided to finish out his collegiate career at the University of Kentucky (UK) Wildcats.   Davion, along with the support of his family and advisors made the jump to the top tier UK program following several discussions with Coach John Calipari and staff.  Per Davion, the transition gives him an awesome avenue to display is ability to be able to play both on and off of the ball, thus allowing him to share with a broader audience his ability to score the ball as well as distribute it.  In addition, it will also continue to further show his defensive tenacity on both small and larger guards.

The future looks very bright for this young man and we know that he will seize the opportunity to showcase his multi skill sets.